For some two years, our girl, Daisy, has had recurring episodes which we called only partially in jest, her malaise. These episodes were marked by bouts of vomiting, lack of appetite, obvious discomfort, and depression. We visited several vets during this time only to be told, again and again, there is nothing wrong with your dog. (Warning: graphic pictures after the jump. )

We persevered, however, and after trying several different options to help her, from acupuncture to diet changes, we were finally referred to a veterinary oncologist, who at first, told us, there is nothing wrong with your dog. Luckily, Heather pushed for it and an ultrasound showed a small spot near her spleen. Another test indicated this was hemangiosarcoma, an aggressive and malignant form of cancer.

Immediately upon getting this designation, our vet got Daisy onto the surgery schedule. Within a day, she was getting the tumor removed. Once she was on the table, the vet got quite a surprise. She went in to remove a small mass of about 2cm x 3cm, but she found a lump of about 4×9 cm, more than twice the size they thought.

We were very lucky. Often times, hemangiosarcomas are not found until a dog suddenly has catastrophic health issues, and by then it could be too late to save them.Daisy was a prime candidate, too. This form of cancer often hits older, large breed dogs, with Golden Retrievers, German Shepherds,  and Bernese  Mountain Dogs as some of the most common. The surgery hit Daisy hard. It seemed that overnight, she became an old dog, showing her all of her fourteen years. 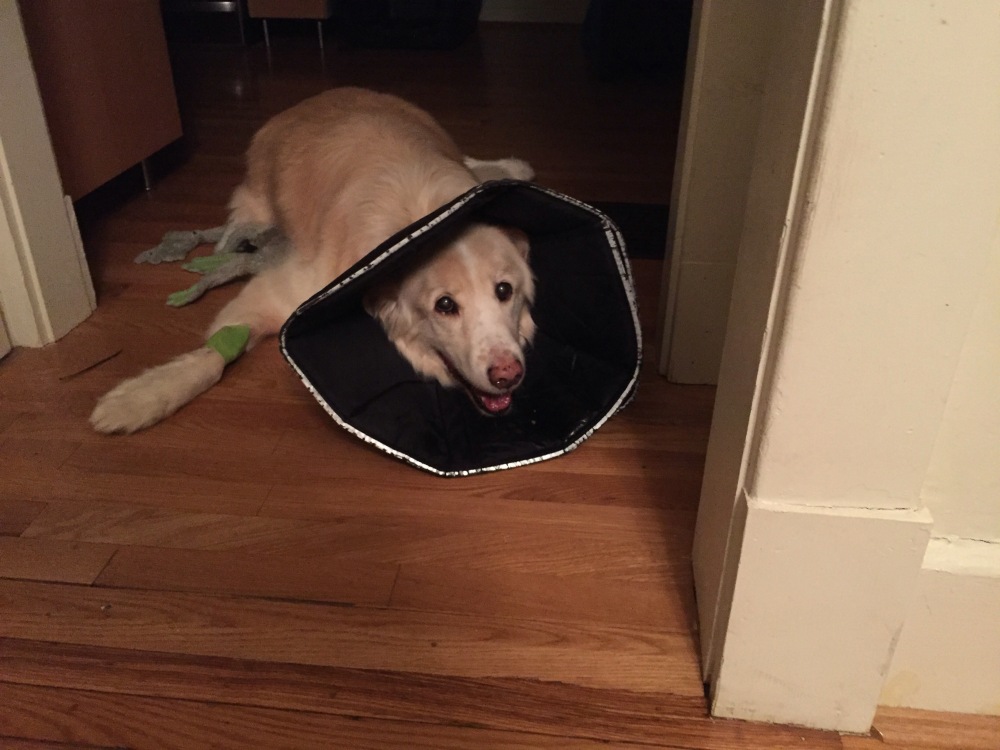 Two weeks post-surgery, Daisy met with her cancer doctor and started her chemotherapy. At this point, she is scheduled for another treatment every three weeks. The prognosis is not great, 6-9 months, but we will hope for the best and enjoy the time we have with her. Further updates to come.