The woman whose dog was electrocuted on Thanksgiving day has filed a $60,000 claim against Seattle City Light. 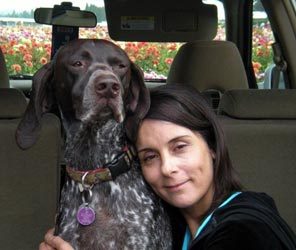 She agrees to accept half that if they take sme proactive steps to educate the public and employees, and prevent this type tragedy from happening again.
http://seattletimes.nwsource.com/html/localnews/2014472670_dogclaim12m.html
more after the jump

While many of the comments in the Seattle Times have been critical of her (and in many cases downright mean) I think this is a fair dollar amount, especially since this could easily have been a child and in light of the fact that the company spent days following the incident speaking out about how this was a rare and unlikely incident just before an audit found dozens and dozens of power poles in dangerous disrepair.

Since the Thanksgiving Day electrocution of the dog, City Light said it inspected more than 37,000 metal streetlight poles, ground-cover plates and associated facilities and found 56 instances with contact voltage of at least 30 volts that resulted in repairs being made.
Karp said if no settlement is reached within 60 days, the next step is a lawsuit.
He said that as an animal-law attorney, he handles numerous dog and cat cases, as well as the “occasional bird, ferret and even a wolf.”
Erik Lacitis: 206-464-2237 or elacitis@seattletimes.com