We will probably never know the answer to one of life’s longest running and most mysterious questions. No, not “why are we here?” but “why are our dogs here? “ More specifically, how did a wild animal, fully capable of killing a man especially in pack mode, come to be our best friends and most trusted companions? 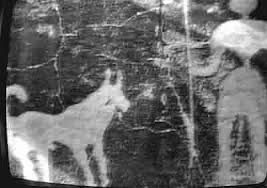 New technology is allowing scientists to delve deeper in the history of dogs through DNA. Comparing the DNA of dogs to wolves, coyotes, and ancient canids can give us a better idea of when canis lupus familiarus made the split from its mother species, canis lupus.

The study provides some interesting facts, but don’t be fooled. We will never really know how the wolf turned from a beast to a buddy.

Many cultures provide mythological tellings of how the dog became our eternal sidekick. One of my favorites is from a Native American folklore.

Once Man and animal walked side by side in the world, but the Great Spirit decided if man was to eat the animal, they should be separate. So Great Spirit created a great divide, like so Man could no longer speak with or communicate with the animals.  All the beasts of the world were on one side of this mental canyon and Man was on the other.   Dog felt sorry for Man standing there all alone in the world, so, just before the chasm became too wide, Dog ran over and jumped the gap.

Great Spirit was angry at Dog for doing that and so decreed that for all time, Dog would be the servant to Man, bound to walk beside him.

For a more scientific explanation, you can check out this latest study here.